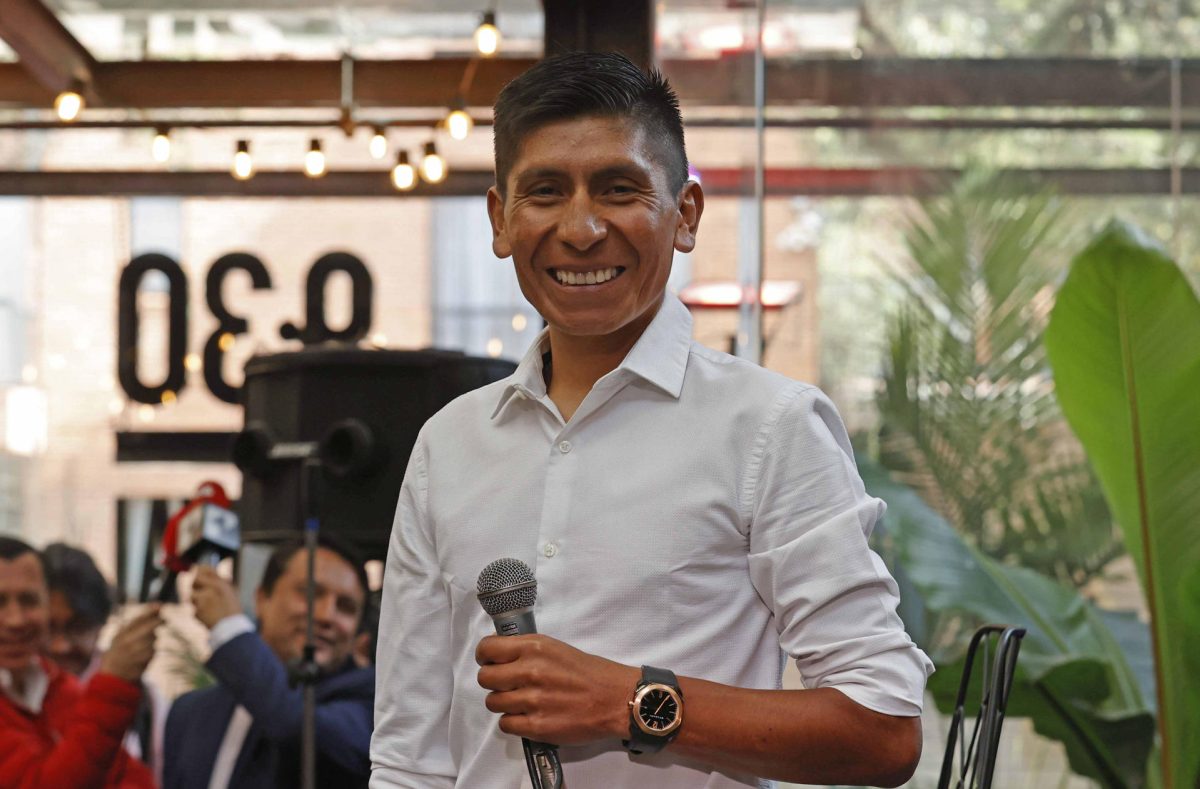 Nairo Quintana does not retire from cycling

by admin
Bogotá (EFE).- Nairo Quintana announced this Wednesday that he is waiting to get a team to continue competing in the three most important races in the world, the Tour de France, the Giro d’Italia or the Tour of Spain, although he admitted that there is a “rarefied atmosphere” and a “wall” to keep doing it.... Read More

‘As bestas’ and ‘Cinco lobitos’ shine equally at the Feroz Awards

Bogotá (EFE).- Nairo Quintana announced this Wednesday that he is waiting to get a team to continue competing in the three most important races in the world, the Tour de France, the Giro d’Italia or the Tour of Spain, although he admitted that there is a “rarefied atmosphere” and a “wall” to keep doing it.

«Today I want to tell you that I am in good shape to continue, that due to the events of recent months, in which the rarefied environment in which I have developed is undeniable and the inexplicable wall that has been raised between the possibilities of competing and my desire to continue doing it, I do not give up and I continue forward, “said the Colombian climber when reading a statement.

Quintana’s announcement clears up doubts about his imminent retirement since he does not have a team to compete this year, but he is confident that he will be able to overcome this annoying situation derived from the use of tramadol, a fact that disqualified him from the 2022 Tour de France.

«The struggle and sacrifice are the ways I know to develop myself in life. I am going to continue fighting to compete and to continue on the bike until my body and my mind resist”, added the Latin American and Colombian runner with the most titles in the history of cycling.

At the same time, he reiterated his honesty inside and outside of racing and emphasized that in more than 10 years as a professional, he has undergone more than 260 controls by medical authorities.

“Since I have been a professional since 2009 I have respected the rules, competed with integrity and respected and honored fair play,” said the winner of the Giro d’Italia in 2014 and the Vuelta 2016, in which he also obtained two fourth places. (2015 and 2019).

Quintana, who has among his achievements two second places in the Tour de France (2013 and 2015), in which he also got on the podium in 2016 as third, remarked that “although it is true that I still do not have a team, I am a cyclist who still available to wear a jersey and give your best on the road. Without a doubt, my record supports me ».

The tramadol mess for Quintana

The turning point of the 32-year-old Quintana’s career was his use of tramadol, which led to his disqualification from last year’s Tour de France in which he finished sixth.

The Colombian climber appealed the decision imposed by the International Cycling Union (UCI) for infringing its medical regulations before the Court of Arbitration for Sport (TAS), which dismissed the appeal.

Tramadol is a painkiller banned by the UCI since March 1, 2019 to protect the health and safety of cyclists from the side effects of this substance, but it is not on the World Anti-Doping Agency (WADA) list of prohibited substances. ) and therefore Quintana’s case is for violating the medical regulations but it is not considered doping.

From that disqualification, the fate of the Colombian cyclist with the most titles began to turn his back on him because he could not specify his continuity with the Arkea Samsic team where he raced after leaving Movistar, the squad with which he achieved his best achievements.

After his departure from that French formation, the rider assured that he had several proposals for teams to continue in the elite of cycling.

However, the months passed and the contract did not materialize even with the AG2R Citroen, Astana, Bahrain Victorious, FDJ, Intermarché Wanty, Jumbo-Visma, Quick Step or the Trek Segafredo.

The last door that was closed to him was that of the Corratec team, similar to Arkea. The Italian squad said that they could not link Quintana due to financial problems but also recalled that he is part of the Movement for Credible Cycling (MPCC), which works against doping.