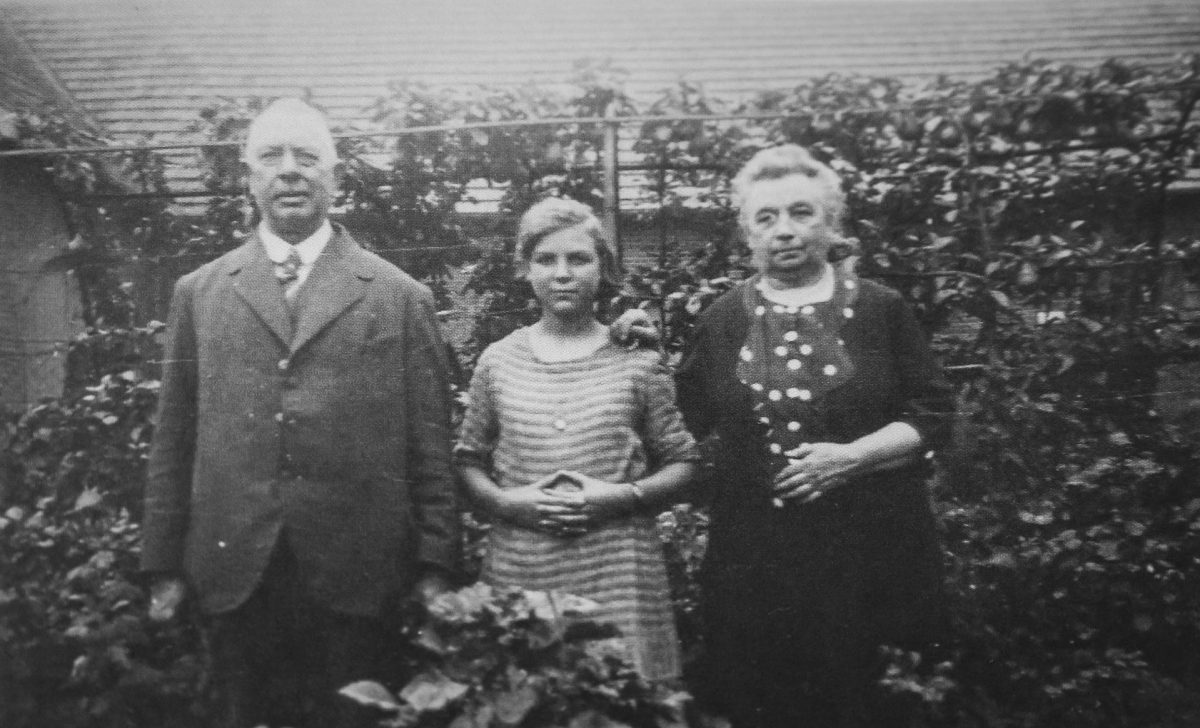 by admin
San Sebastián (EFE).- María, Lucía and Julia were three Basque war girls exiled in Belgium, where a recent publication keeps their memories alive. The bombardments were increasingly violent. It was June 1937 and the fall of Bilbao into Francoist hands was imminent. Although hundreds of children had escaped the city by boat for weeks, Francisco... Read More

The bombardments were increasingly violent. It was June 1937 and the fall of Bilbao into Francoist hands was imminent. Although hundreds of children had escaped the city by boat for weeks, Francisco Rodríguez and María Alonso did not consider separating from their three daughters until the reality of the war passed over them.

In the middle of the month, María, 14, Lucía, 12, and Julia, 7, students at the Errekalde Berri center, left the Biscayan capital on one of the last trains that left for Santander full of children from the “Euzkadi Schools.” They didn’t know it yet but their destination was Belgium. It would be two long years before they could return to their parents.

“I have often wondered what the departure of their daughters must have been like for them, the heartbreak of their departure and, above all, the question of whether they would survive the war to be able to see them again.” The Belgian researcher Lisette Wouters echoes these fears in a recent work on children of the war who have taken refuge in Linter, a small Flemish town that has not forgotten the story of María, Lucía and Julia.

Three of their families, the Beckers, the Lambeets-Allard and the Lambeets-Raymaekers, welcomed the girls as if they were their own daughters, although until they reached the safety of their new homes in Flanders the little ones still had to suffer “the intemerata”, explains Rosa Ruiz, custodian of the experiences of her mother, Lucía, the middle of the sisters, to EFE.

At the end of June, while a wave of refugees arrived in exodus to Santander, the three girls embarked towards the unknown along with hundreds of other Basque minors guarded by teachers and Red Cross personnel. Her parents’ last piece of advice, almost a plea, still rang in her ears: “You three always together. The three always together!».

“They left behind bombs, headlong runs, and stays in makeshift shelters,” recalls Rosa, unaware that danger now lurked in a sea where refugee boats (the mythical “Havana” among them) were harassed by aviation and by Francoist cruisers such as the “Almirante Cervera”, the “Canarias” or the destroyer “Velasco”.

“Luckily, everything was frightened,” describes Rosa, who believes that the event was “providential” with the presence of three British Royal Navy vessels whose escort allowed the refugee convoy to continue its painful route without major mishaps other than overcrowding, the vomiting and misery.

“Lice proliferated everywhere,” he explains, remembering the hardships his mother told him about. They even went so far as to use an old empty tomato can as a makeshift “menstrual cup” to help another girl who had her period for the first time in those unfortunate conditions. “What experiences!”, She gets excited.

After a journey that seemed “eternal” (partially reconstructed from the work by Jesús Javier Alonso “1937. Basque children evacuated to France and Belgium”), María, Lucía and Julia finally disembarked in France, probably in the town de Pauillac. From there, the three sisters and other companions were taken to Saint Jean Pied de Port, where the Basque Government had a “colony” that welcomed “many children.”

“This is how a time passed in which they were well cared for, they cut their hair, deloused them, cleaned them and they felt cared for, before the different convoys of exiles began to leave for different host countries.”

Family legend says that it was Maria, the eldest of the girls and the most aware of her precarious situation, who (“the three always together”) chose to go to Belgium, where she was possibly given the opportunity not to be separated from her sisters.

Rosa explains that the arrival in Belgium occurred thanks to the work of Cardinal Van Roey, Archbishop of Mechelen, and the determination of the Catholic families who volunteered to welcome them “selflessly” in Linter, whose Local History Circle has now published the book in which they are remembered.

«The return to Bilbao was impressive. A destroyed city, with ration cards and in the most absolute poverty, to which they arrived dressed very beautiful, with hats and gloves, super elegant, pink and healthy from having eaten well»

The profuse documentation collected in this work by Lisette Wouters includes certificates from the Belgian Ministry of Justice, the girls’ temporary stay visas in the country and even their repatriation papers issued by the Red Cross, as well as unpublished photographs of their stay in Linter during social activities such as celebrations, weddings and poses shared with their adoptive families that demonstrate “how well integrated and happy they became”.

Claimed by their parents

The three sisters resided in Flanders from August 12, 1937 until October 10, 1939, when they returned home. Two years during which Julia and Lucía were educated in Linter by their respective foster families, while María, a 14-year-old teenager, helped with the domestic chores in her house.

All of them learned flamenco, helped by small pocket dictionaries with the most common words and phrases in this language translated into Basque and Spanish, although, as Rosa recalls, the three of them met every Thursday to practice Spanish, an activity that nonetheless It didn’t stop Julia, the youngest, from almost completely forgetting it.

After the Civil War ended and World War II began, the girls were claimed by their parents, which after the “exceptional” reception they had enjoyed caused them a new emotional tear when they found themselves separated from their hosts to the point that Julia, the benjamina, did not want to return and assured that her parents were already in Belgium.

Bond through the years

“The return to Bilbao was impressive,” confesses Rosa. “A destroyed city, with ration cards and in the most absolute poverty, to which they arrived dressed very beautiful, with hats and gloves, super elegant, pink and healthy from having eaten well.”

“I suppose that somehow the Belgian families would be informed that they had arrived safely, but from then on, with the World War, the relationship was broken in all cases,” Rosa details.

Years later the link was resumed by letter, after which several of his relatives traveled to Linter and some members of the Belgian families visited Bilbao, San Sebastián and Pasaia, where the three sisters (all of them already deceased) settled, giving rise to a close relationship that even today transcends borders. 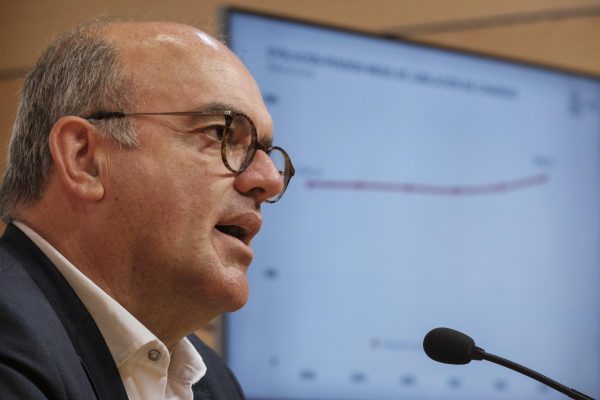 Pestana: Not even a war has prevented the Government from raising pensions in the Canary Islands by 98 euros 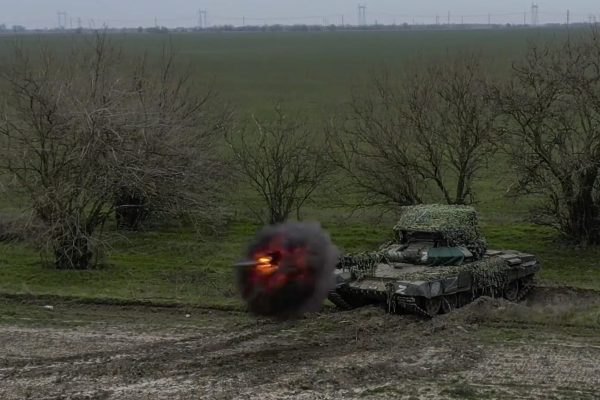 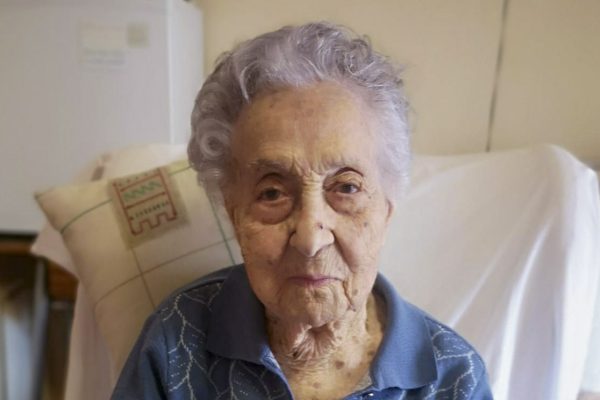 María Branyas becomes the oldest woman in the world
0 Comment