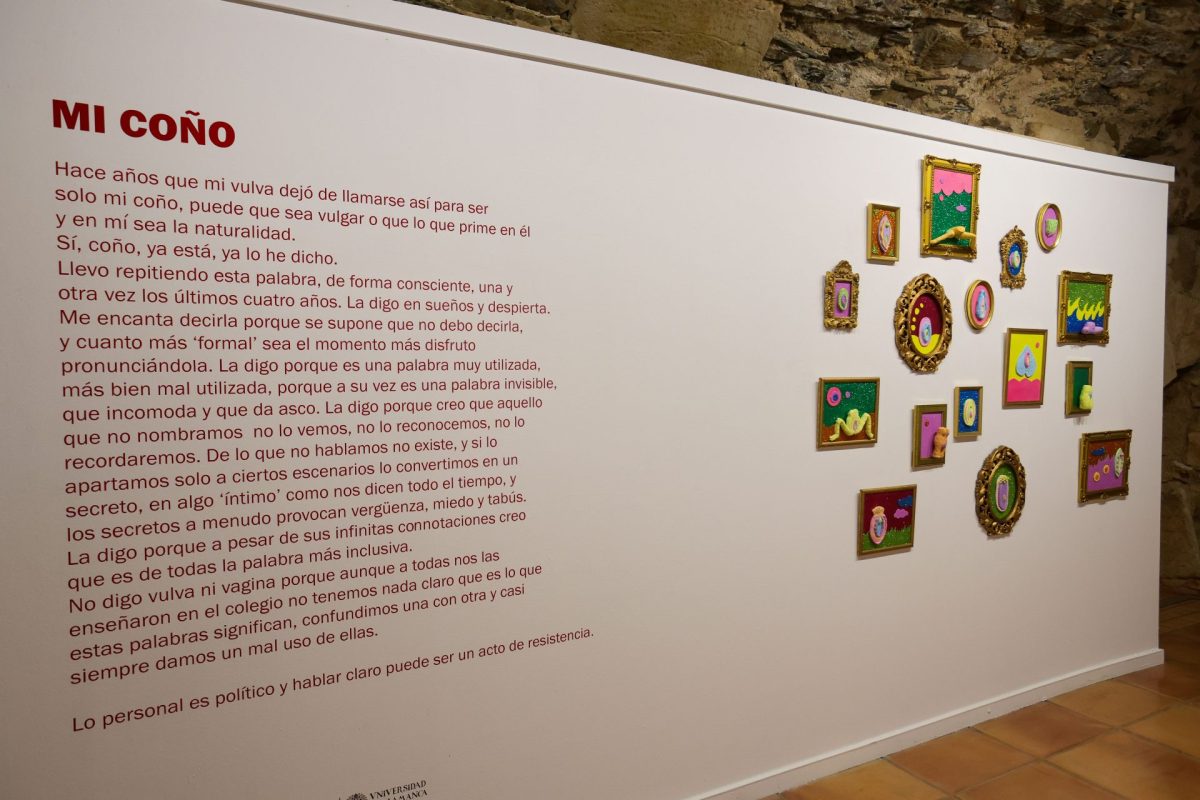 exposure against taboos with female genitalia

by admin
Cristina Garcia Married | Salamanca (EFE).- The exhibition “Xoxología”, by the artist Laura Sánchez, seeks to “break the taboo” on the female genital organs with more than fifty ‘pussies’, the word claimed by its creator, made with ceramic intervened by acrylic base and typical traditional filigree of the crafts of Salamanca. It can be visited... Read More

How many Leopard cars can Spain send to Ukraine?

Salamanca (EFE).- The exhibition “Xoxología”, by the artist Laura Sánchez, seeks to “break the taboo” on the female genital organs with more than fifty ‘pussies’, the word claimed by its creator, made with ceramic intervened by acrylic base and typical traditional filigree of the crafts of Salamanca.

It can be visited in the historic Hospedería Fonseca of the University of Salamanca and “it has already been seen that there are taboos and that it is necessary,” as its creator, whose stage name is LaLora, explained to EFE.

“The intention is that there are certain people who are uncomfortable, who realize the taboo and who reflect on this genital, and I do not want to say female genital because I speak of ‘pussy’, whoever has it”, has indicated the author .

The exhibition, “colorful like the Superpop magazine” of her adolescence, combines different artistic techniques on ceramics to denounce not only the taboo around “the word and the concept of pussy” but also pornography and “the commercialization of the body.”

The artist claims the word ‘pussy’ because “vulva and vagina are always confused” and she prefers to name “the whole set” with a word “that shocks, that attracts more attention”, one of the objectives of her exhibition, to the one that you would like to take to other places in Spain.

In another section, he experiments with what he calls “neofiligree”, his adaptation with spray and marker of the traditional filigree of his native Alba de Tormes. “It is the combination of tradition with my adolescent artistic culture”, he has pointed out.

The exhibition also exhibits some vases that emerge from the wall at the estimated height at which “people’s pussies” are. “It is the space of greatest free interpretation of the exhibition, although they are vases that emulate being pussies,” LaLora has indicated.

Other pieces that complete the catalog “of more than fifty pussies” are “plates with ceramic decals” that appeal to language: “They are pussies with teeth drawn to think about how to speak, that’s why they put ‘What the hell do I eat’ or ‘Me you eat the pussy’”, he explained.

Workshop «Make your own pussy»

“Xoxología” is the result of years of research by the artist on these issues through workshops in which she invited people to “draw pussies, however they wanted.” Now in this exhibition she exhibits some of the ceramic versions, with glitter and gold, that she made from those creations.

The exhibition also has a workshop section, called “Make Your Own Pussy”, in which the public can draw “their vision of a pussy”. With her, the artist wants to continue her research on “the conception that people have, the problems that exist in language and education.”

The exhibition is housed by the Experimental Art Space of the University of Salamanca, in the Hospedería Fonseca, and is part of the catalog of the service of cultural activities of the USAL, in collaboration with the Faculty of Fine Arts.