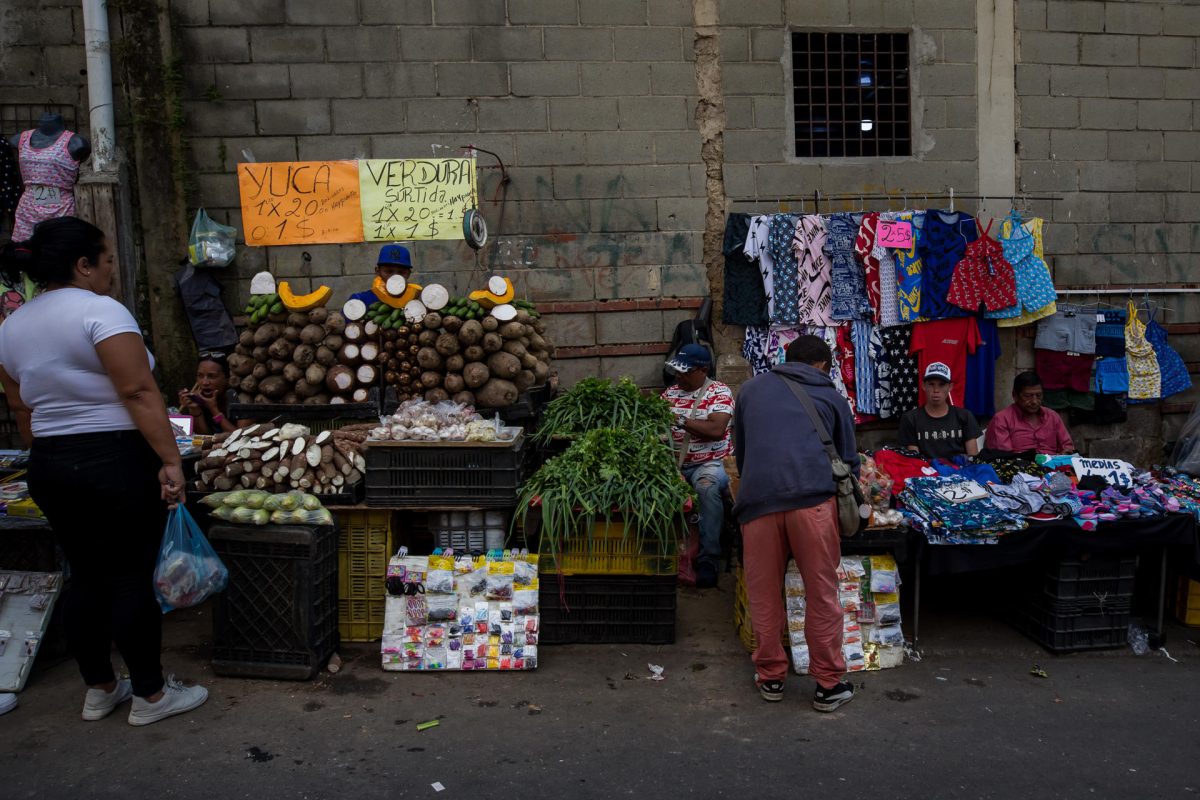 Venezuela, at risk of falling back into hyperinflation?

by admin
By Carlos Seijas Meneses | Caracas (EFE) that it went through for four years until the end of 2021 and that impoverished millions of citizens. The nation accumulates five consecutive months with double-digit increases, indicated the Venezuelan Finance Observatory (OVF), an independent entity made up of specialists, according to which inflation in August was 17.3%,... Read More

Google does not detect threats in the elections in Spain

Caracas (EFE) that it went through for four years until the end of 2021 and that impoverished millions of citizens.

The nation accumulates five consecutive months with double-digit increases, indicated the Venezuelan Finance Observatory (OVF), an independent entity made up of specialists, according to which inflation in August was 17.3%, in September 11.5% , 14.5% in October, 21.9% in November and 37.2% in December, the highest in the last 22 months.

It is for this reason that the OVF, whose statistics are used as a reference given the delays in the publication of official figures, warned that the recent “pronounced accelerations” of inflation “could place the economy in danger of a hyperinflationary outbreak, which is gaining strength with the sustained devaluation of the bolivar”, the local currency.

The economist Litsay Guerrero explained to EFE that “if the conditions continue” that drive the acceleration of price increases and inflation once again reaches 50% per month -the basis for a country to enter hyperinflation-, Venezuela “will have this” problem “again, with the unfortunate consequences for the most vulnerable sectors.”

Among these conditions, the also researcher at the Center for the Dissemination of Economic Knowledge (Cedice) highlighted the increase that the official price of the dollar has registered, especially from the second half of 2022, when it started at 5.55 bolivars and closed at 17 .48, an increase of 215% that had an impact on goods and services, since these were calculated in dollars as a reference.

According to experts, including Guerrero, the government of Nicolás Maduro relaxed, between July and December, its plan to control inflation through the reduction of public spending, since it paid various bonuses to workers, who have demanded in multiple protests a salary increase, equivalent to about 6 dollars a month.

According to Cedice, inflation reached 55% in December in three of the country’s main cities, including Caracas, for which he warned that the nation “may fall again into a process of hyperinflation.”

The upward trend in the price of the dollar has continued so far in 2023, reaching 19.45 bolivars this Friday, an increase of almost 11% in the first 13 days of the year.

For his part, economist Luis Arturo Bárcenas, head of the Ecoanalítica firm, told EFE that it is “too early to talk about hyperinflation.”

He assured that, although “in monthly terms the growth rate is approaching the 50% range, a price environment like that experienced in 2018 is still not evident”, a year that closed with inflation of 130,060%, according to the Central Bank (BCV).

At that time, he pointed out, “price growth in days very similar to what was seen in other countries in weeks or even months” was being registered, while the local currency was rapidly losing its value, giving ground to the dollar, that the citizenry unofficially adopted in an attempt to protect their income.

For Bárcenas, “it is difficult, for now, for Venezuela to enter an environment of hyperinflation” because dollarization “has allowed, in part, the loss of the value of the bolivar to not be as dizzying as it was before,” since the prices “inherit the stability of the dollar as a reserve currency.”

In addition, he indicated that the Government has an “explicit interest” in avoiding exacerbated price increases, especially in view of the upcoming presidential elections, scheduled for 2024, so it is foreseeable that, if necessary, it will take measures, such as further restricting their spending or allow the banks to finance in foreign currency to lower the issuance of bolivars.

And although it is not in hyperinflation, the country is going through “a difficult moment in terms of prices”, with “chronic inflation” that Ecoanalítica estimates closed 2022 at close to 320%, something that “no country in the world has” and does that the “Venezuelan continues to have problems accessing essential goods and services,” added the expert.

The announced collapse of the wall that separates rich and poor in Lima
Previous Post
Sánchez alerts: PP and Vox would do in Spain what they do in Castilla y León