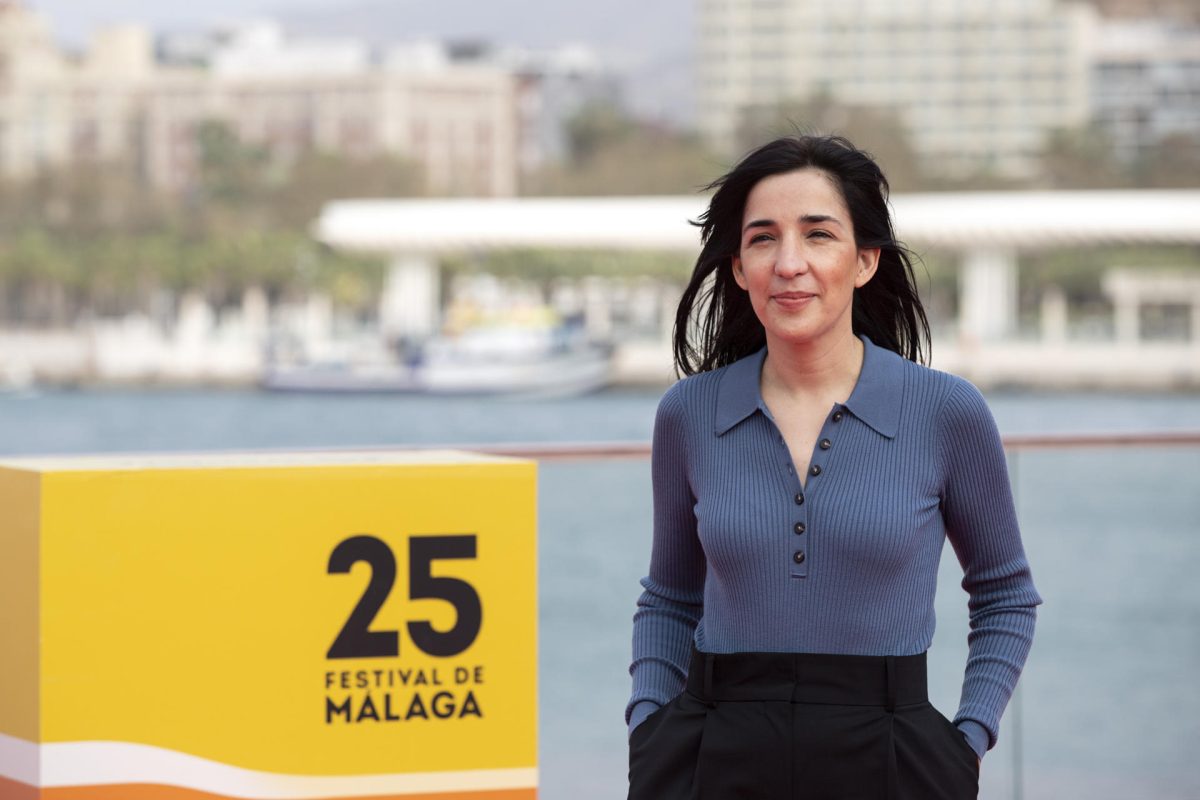 Alauda Ruiz de Azúa, director of ‘Cinco Lobitos’: “Sometimes you are happy and you don’t know it”

by admin
Zaragoza, Jan 21 (EFE).- The film director Alauda Ruiz de Azúa, whose first work ‘Cinco Little Wolves’ has been internationally recognized, has indicated that in this film she wanted to make “a very honest journey through the contradictions of motherhood”. and he has recognized that the film is also based on “how we face everyday... Read More

Zaragoza, Jan 21 (EFE).- The film director Alauda Ruiz de Azúa, whose first work ‘Cinco Little Wolves’ has been internationally recognized, has indicated that in this film she wanted to make “a very honest journey through the contradictions of motherhood”. and he has recognized that the film is also based on “how we face everyday life” because “sometimes one is happy and doesn’t know it”.

This drama starring Laia Costa, in addition to having seven nominations for the Feroz Awards, whose delivery gala will be held in Zaragoza on January 28, adds eleven Goya nominations and was one of the feature films that entered the list of Oscar shortlist.

The creator, who has admitted feeling “privileged because everything that has happened with a first film is miraculous”, explained in an interview with EFE that ‘Cinco Little Wolves’, in addition to being born with “a vocation as a generational portrait”, tells the story of “an imperfect family” and deals with issues such as changing roles, care and the need to “not talk about death as something melodramatic, but as something natural”.

Question: How do you feel now when you see the recognition that ‘Cinco Lobitos’ is receiving?

Answer: I felt a little overwhelmed and very happy. I am aware that I am privileged and lucky. Everything that has happened with a first film is miraculous, from when we premiered in Berlin to Malaga. The reaction of the public, the pre-selection for the Oscars, the tributes at the Goya… It is a very difficult trip to foresee and everything has gone well in a first film. Everything is impressive, and even more so, that the four actors in the film that you have directed and with whom you have built a family are nominated for Goyas.

Q: How has it been getting here?

A: ‘Cinco Lobitos’ took five years, a time of much uncertainty and crisis. But it is true that having time also serves to rewrite things, distance yourself, resume the project and discover. Sometimes things happen to you and something that you had written on one site, you find it with another nuance in another place. In short, you have mixed feelings.

Q: How would you summarize this project?

A: I would choose a phrase from the character of Begoña, who says: “Sometimes you are happy and you don’t know it.” I think that it is a bit the heart of this film, that of that imperfect family and the change of roles. There is, of course, the reflection on care, but I think that in the end there is an emotion that hovers over the entire film and that is what connects with the audience. It has to do with how we face everyday life. They talk about that feeling of having to take advantage of the moments with our loved ones.

Q: They also flee from that image of mother courage…

A: In a way yes, I separate. But I wanted to do another type of story more related to my experience as a mother. When you look for stories in the imagination, you realize that there have always been very specific and somewhat stereotyped maternal portraits. What matters is what has happened at the generational level. I wanted to take a very honest journey into the contradictions of motherhood. Another thing that is talked about in the film is that we like to be remembered, something that is far from real life. It has been very nice to discover that a film is built with the hyper everyday, because it is all very human and without great premises. There are no big goals and there are day-to-day conflicts.

P: There is also talk of illness and death. What is it like to deal with a subject like this, which is still taboo?

A: Death is one of the most important things in life. When I started writing, I considered how I wanted to treat the subject of death. And, precisely, it lies in wanting to be as always, tied to the everyday and the real. At that moment, I began to detect the clichés around me. It seems that talking about death is something very melodramatic and, really, it is something daily and absolutely universal. I wanted to tell it as something very close and how it is really lived to have someone sick at home and organize a will. In short, I did not want to talk about death as something melodramatic, but as something natural.

Q: How much of a generational and social portrait vocation is there in the film?

A: Yes, there was a vocation for a generational portrait. As a screenwriter you have to make decisions about the social or political reading that the story can have, and that is that I have always thought that I did not want to make a sobering film. But at the same time I did want to talk about my generation, also at a structural level. My idea, in the end, was to treat the everyday in such a way that in 20 years time one would see and understand what it was like to live this.

A: That has been the other gift, the connection with the public. It’s my first film and to see that my colleagues from the academy have valued the story and have recognized us with nominations is fantastic. He even talked about ‘Cinco Lobitos’ Pedro Almodóvar! Also with Isabel Coixet, Javier Fesser… And many professional colleagues. Suddenly seeing people you admire talk about your film from that cinematic value is an incredible journey.

Q: And what can we see in the future? Is there some pressure?

A: Right now I am writing, although I cannot say anything. Hopefully it’s my second feature film written and directed by me. I’m working on it, but it’s going to simmer. There may be some pressure. However, I have the feeling that there always is because it is a very complicated guild. When you’re trying to make the first film there’s pressure to know if you’re going to make it, in the second if it’s going to work, in the third something else… Everything like that. I try not to put energy into it because it’s not something I can control either. 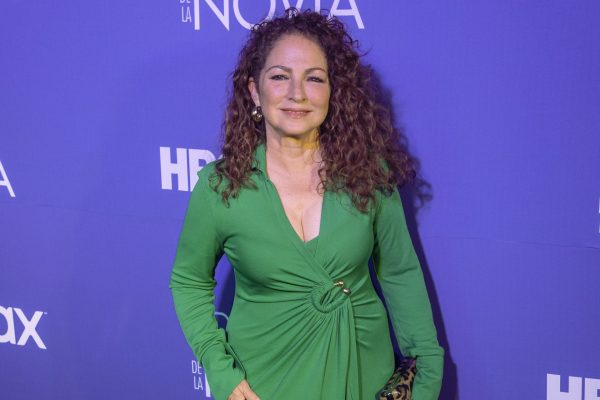 Gloria Estefan, happy to be the first Hispanic in the Hall of Fame 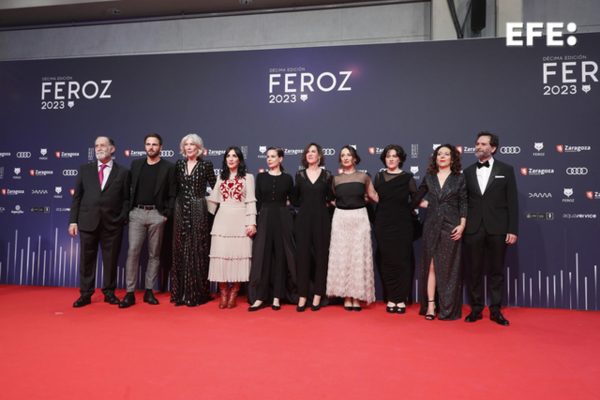 ‘As bestas’ and ‘Cinco lobitos’ shine equally at the Feroz Awards 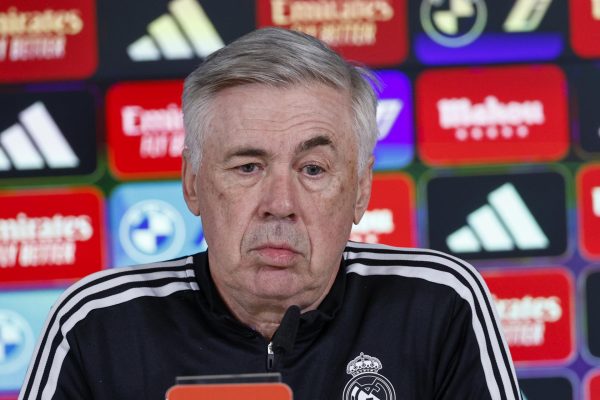 Ancelotti: “We don’t have a clear identity because I don’t want to have it”
0 Comment