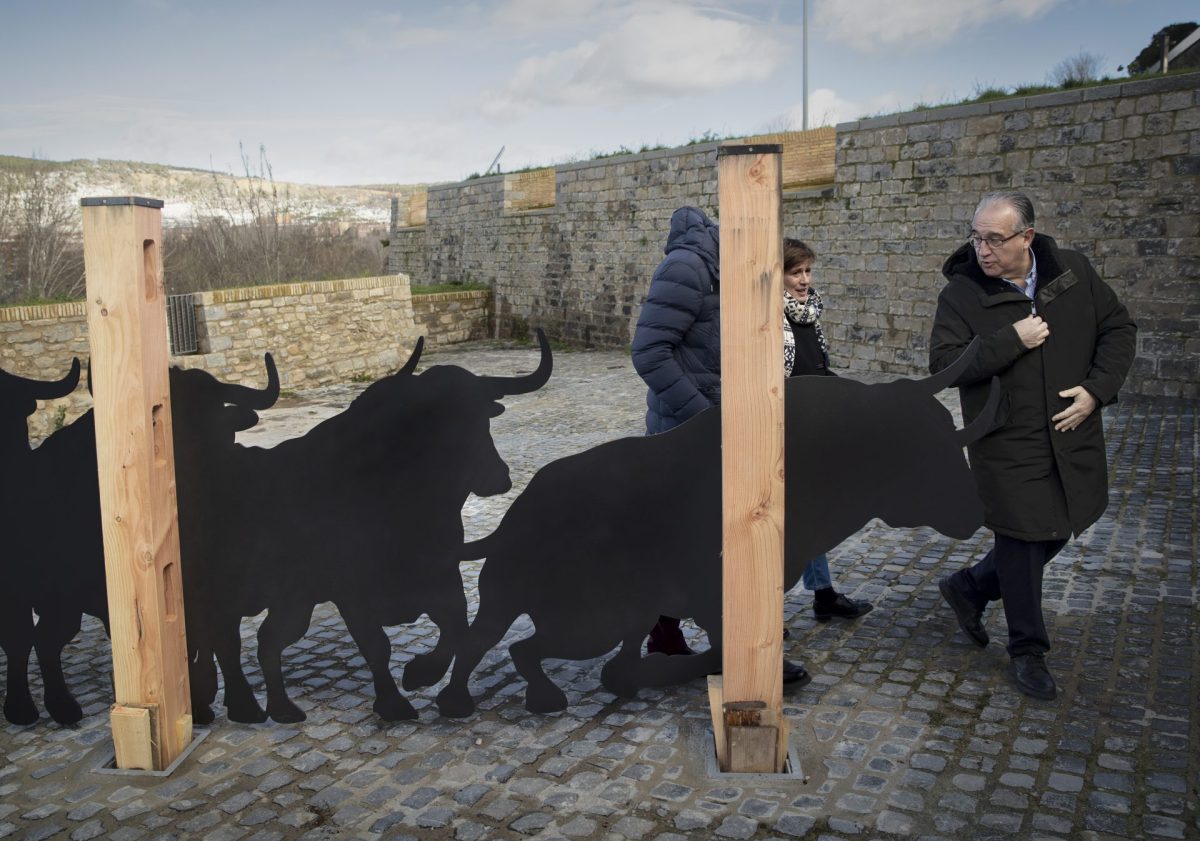 by admin
Pamplona (EFE).- As of this Friday, the corrals on the Cuesta de Santo Domingo have a sculptural element that allows visitors to get an idea of ​​what they look like in Sanfermines, occupied by bulls from night until the time of the daily confinement. The mayor of Pamplona, ​​Enrique Maya, has visited this space in... Read More

Pamplona (EFE).- As of this Friday, the corrals on the Cuesta de Santo Domingo have a sculptural element that allows visitors to get an idea of ​​what they look like in Sanfermines, occupied by bulls from night until the time of the daily confinement.

The mayor of Pamplona, ​​Enrique Maya, has visited this space in which the Consistory has installed an artistic group of 5 meters in length, with a height of 1.8 meters, which reproduces the profile of 5 bulls on a real scale on sheet metal. 10 millimeters thick, laser cut, machined and lacquered in the oven of two components of black oxiron.

The mayor was accompanied on the visit by Fermín Alonso and Ana Elizalde, delegate councilors for Strategic Projects, Mobility and Sustainability and Strategic Government, Trade and Tourism, respectively.

The facility is located approximately in the center of the pen. From left to right, the animals go from a more static attitude to an active and dynamic one, simulating the situation at the time of the rocket launch that begins the daily confinement, an event that takes place between July 7 and 14 at 8:00 am, at which time the herd leaves the corrals, heading towards the bullring.

A new attraction for tourists

The sculptural element is supported, anchored by means of screws, on three Douglas pine wooden pilasters similar to the posts of the encierro fence, in such a way that it is visually integrated with that part of the San Fermín fence that remains in place throughout the year. the corrals. This structure, together with the rest of the closing elements of the race that are maintained throughout the year, offers tourists the possibility of being photographed with a representative element of the festivities.

This new element is also integrated into the walled complex of Pamplona thanks to the comprehensive rehabilitation of the space that houses it: the Parma Bastion and its Bajo Bastion. To this will be added the work already underway to convert this year the guardroom space into a thematic interpretation center for the Sanfermines.

The future San Fermín 365 experience center is being restored through the Recovery, Transformation and Resilience Plan financed by the European Union through Next Generation funds.

Today these five bulls are added to a census of municipal initiatives in support of the deseasonalization of the festival that have been taken over time, from permanently maintaining part of the fence mounted to placing an effigy of the saint in the niche of the slope or the offer throughout the year of thematic tourist itineraries and guided tours.

Also part of this work is the production of accessible audio guides on the Encierro, the Comparsa de Gigantes y Cabezudos or the San Fermín Chapel, the maintenance of specific signage or the placement of pictograms throughout the route for autistic people in collaboration with the Navarra Autism Association (ANA).

Health figures unemployment in primary care in the morning at 2.73%
Previous Post
Cantabria encourages you to live your Holy Year Lebaniego