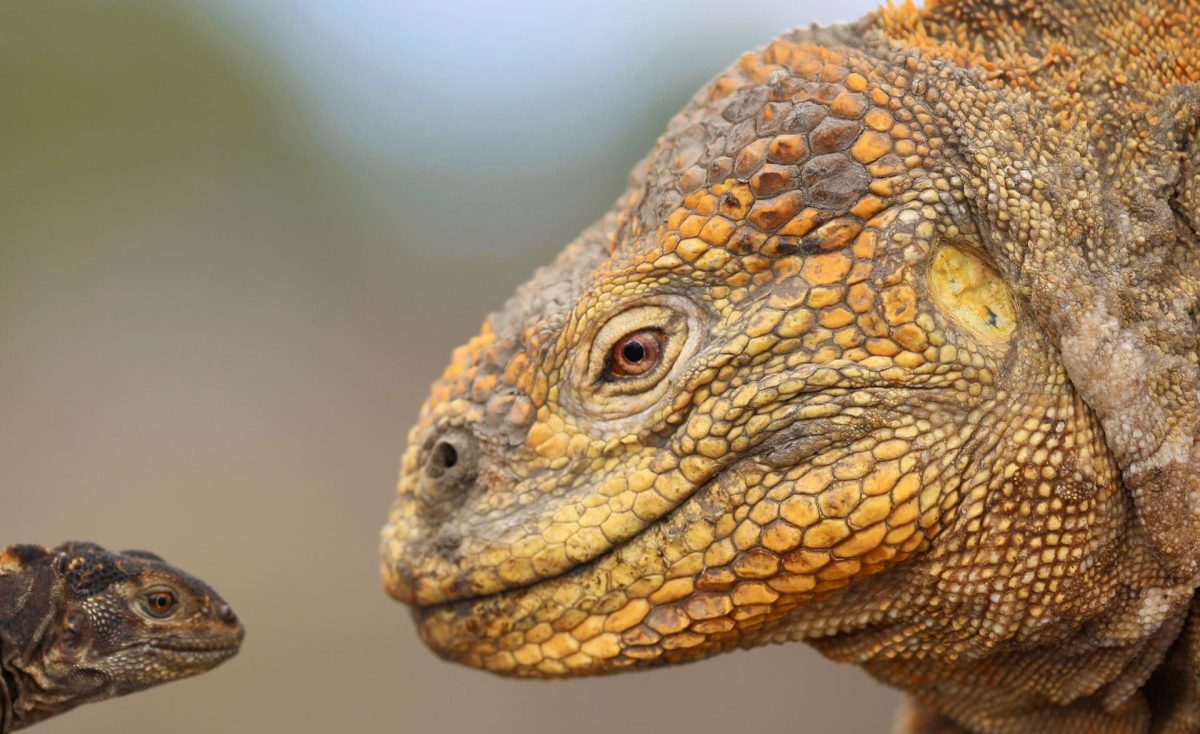 The population of yellow iguanas in the Galapagos is estimated at 46,000

by admin
Quito (EFE).- The Directorate of the Galapagos National Park (DPNG) reported this Thursday an increase in the population of yellow iguanas on Fernandina Island, in the Ecuadorian archipelago of the Galapagos Islands, reaching 46,000 individuals. The study was carried out by a team of park rangers from the National Park, under the advice of research... Read More

Quito (EFE).- The Directorate of the Galapagos National Park (DPNG) reported this Thursday an increase in the population of yellow iguanas on Fernandina Island, in the Ecuadorian archipelago of the Galapagos Islands, reaching 46,000 individuals.

The study was carried out by a team of park rangers from the National Park, under the advice of research scientist Luis Ortiz-Catedral, who evaluated the population density of yellow land iguanas (Conolophus subcristatus) on Fernandina, one of the largest and most pristine islands in the archipelago. .

The field work was carried out in 2018 and the team of researchers used the capture, mark, recapture methodology, in two different periods in that year, in the pre-mating and mating areas of the reptiles.

This action made it possible to determine the density of yellow iguanas in this type of habitat, indicated the DPNG in a statement in which it noted that later, this information was extrapolated to the number of areas in similar conditions that Fernandina Island has and the population was estimated. .

“Land iguanas are emblematic species of Galapagos, the role they play in ecosystems is important, since their diet is based on the consumption of endemic plants and this allows the distribution of seeds, becoming ecosystem engineers,” said Danny Rueda. Córdova, director of the Galapagos National Park.

He added that having a healthy population of land iguanas guarantees maintaining the functionality and health of the ecosystems for the benefit of all the biodiversity that makes it up.

“This study allows us to refine conservation strategies, as it gives us a reference of the carrying capacity for these reptiles in a healthy habitat,” he said.

An advance for the study of other species of iguanas

Galapagos land iguanas can live up to 30 or more years, so monitoring such as the one carried out also helps to form a solid base to understand the rate of recruitment of juveniles in the population, said Ortiz-Catedral, advising scientist for the research.

“Being a population on a pristine island, the Fernandina iguanas allow us to also understand the response that other iguana populations would have after the control of introduced species,” he noted.

The Directorate of the Galapagos National Park recalled that Fernandina Island is made up of the La Cumbre volcano, one of the most active in the world.

It is the third largest island in the archipelago with an area of ​​638 square kilometers, and is home to a variety of endemic species such as penguins, cormorants, and land birds such as finches.

Galapagos snakes and hawks are the main predator of yellow iguanas in their early stages of life.

The Galapagos archipelago is located about a thousand kilometers west of the continental coasts of Ecuador and thanks to its rich biodiversity it is considered a natural laboratory that allowed the English scientist Charles Darwin to develop his theory on the evolution and natural selection of species.

The United Nations Educational, Scientific and Cultural Organization (UNESCO) declared Galapagos in 1978 as a natural heritage of humanity.