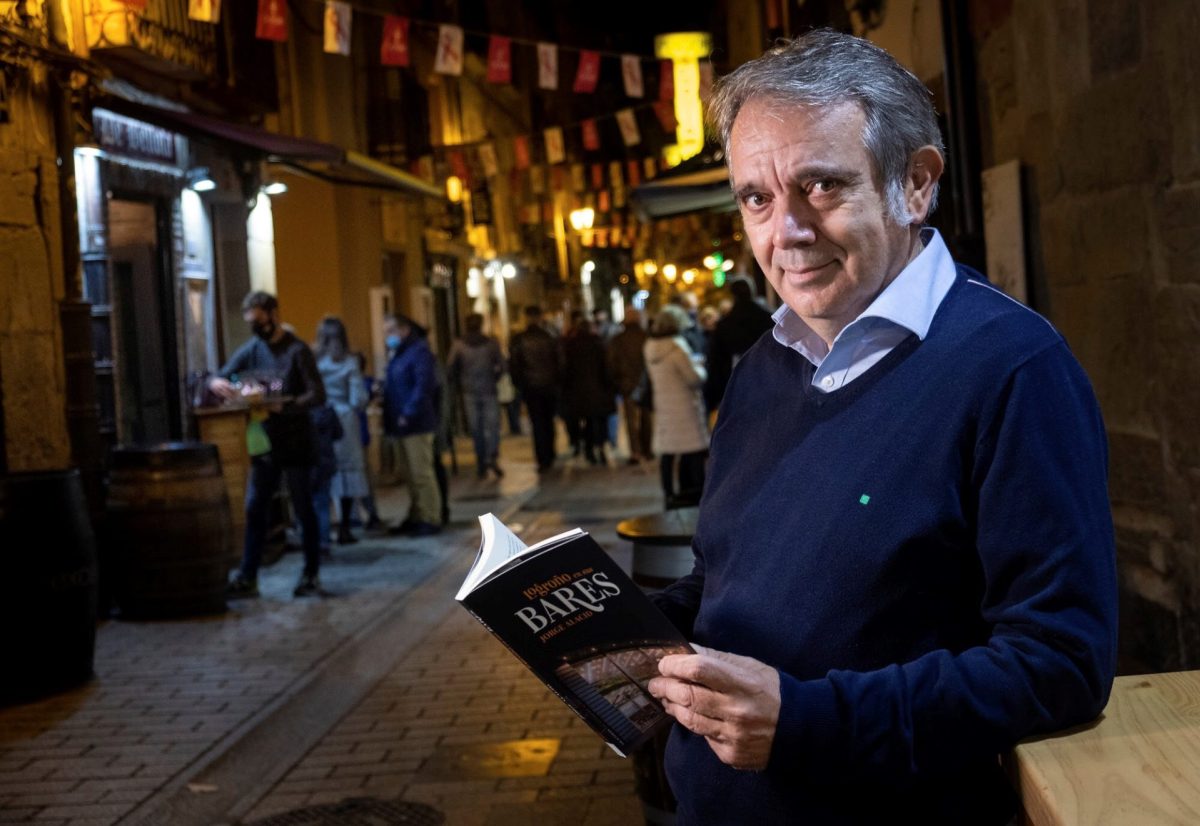 Jorge Alacid: “Something irreplaceable for a novel is credibility”

by admin
Logroño, (EFE).- The journalist from La Rioja Jorge Alacid stated this Thursday that “something irreplaceable for a novel is credibility”, a quality that he has applied in his first literary work of fiction, “Los seres queridos”, in which he “a tribute to people who exercised the profession of journalist with dignity in inhospitable conditions”. Alacid... Read More

Unemployment falls in the Canary Islands to its lowest level since December 2007, 14.57%

Logroño, (EFE).- The journalist from La Rioja Jorge Alacid stated this Thursday that “something irreplaceable for a novel is credibility”, a quality that he has applied in his first literary work of fiction, “Los seres queridos”, in which he “a tribute to people who exercised the profession of journalist with dignity in inhospitable conditions”.

Alacid has presented his first novel at an information conference at the headquarters of the La Rioja Press Association (APR), in which the president of this entity, Ana Castellanos, has also participated.

This novel tells the story of the journalist Viberti, director of a provincial newspaper during the Spanish Transition, who tries to clarify a series of suicides that, according to his suspicions, could be covert homicides, because “no one commits suicide just because, there is always a underlying reason”.

“Los seres queridos”, explained its author, exposes “the memory” of a generation of informants prior to his that “runs the risk of being lost”, since “something has changed the profession in the dizzying speed with which they happen things”.

“The news is a loop from which there is no way to get out, sometimes thoughtlessly, which is one of our sins”, since, before, “there was, surely, more time” to practice journalism, but, he said , “now there is more demand and there is a fiercely competitive market.”

He has indicated “as a personal reproach” that “conformity is so tempting that, if you can have an interview by phone, sometimes you commit the sin of not waking up and going out into the street.”

“Now better journalism is done than before, and technology is an ally to make journalism more rigorous and immediate. What more would our ancestors have wanted than to know about Google and instant messaging! ”, She reflected.

Alacid has highlighted that, in this novel, he portrays “a generation of journalists that came from the censorship” of the Franco dictatorship, and, “in moments of hardship, one has to be more alert to maintain the loyalty contract with the readers, and that is well reflected in the work”.

In the plot of the novel, he has highlighted, “journalism has a decisive weight”, since what happens to its protagonist “cannot be explained without his condition as a journalist”, and “focuses on a very specific time ”.

For his part, Castellanos has indicated that, while he was reading this work, he “observed with envy from a journalistic perspective”, since “they had the option of reflecting more and talking with the sources that, now, has still been lost because the time overwhelms and, what is now news, perhaps in the afternoon it will not be “.

“Ocho Moroccan surnames”, continues the saga
Previous Post
Manchester City and Real Madrid, the clubs that bill the most